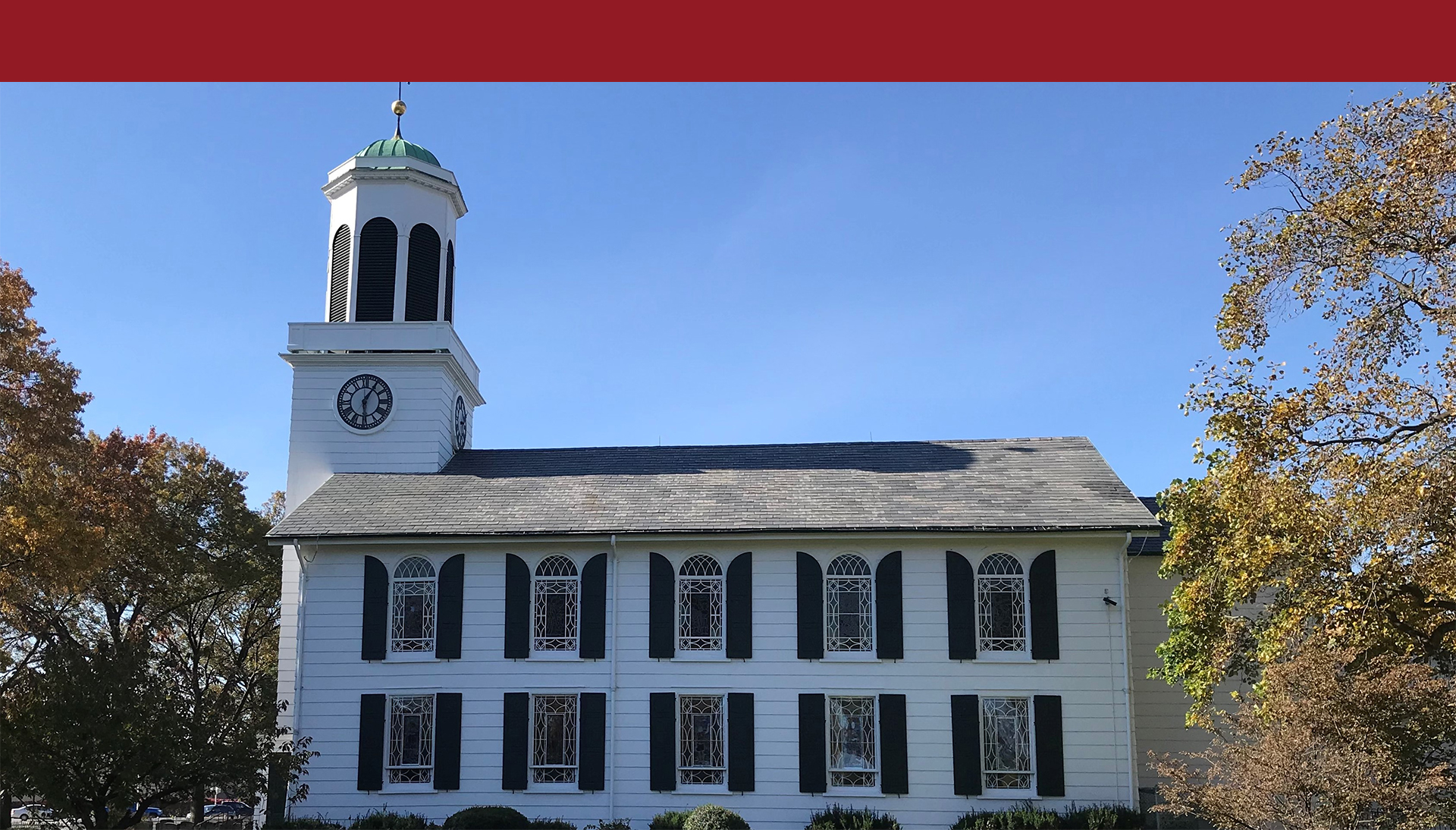 At St. George's, our mission is to discern, listen to, and embrace the Word of God, and to be the Body of Christ in the Village of Hempstead and beyond. We work as one body to express Jesus' truth and love to all.
Our Mission

Church Life
Please view our upcoming events by clicking the button below. Note the wake at 10 a.m. and the service following at 11 a.m. for Pat Moore on Saturday, Oct. 15.

Christian education for adults and children is suspended for the summer.
In-Person Worship with Holy Communion is on Sundays at 10:00 a.m. Masks and social distancing are required.
Services are in person. For those unable to attend in person, the 10:00 a.m. service is live-streamed on the St. George's Facebook page (see below).

LIVE-STREAMING of IN-PERSON SERVICES IS ON OUR FACEBOOK PAGE, ST. GEORGE'S EPISCOPAL CHURCH. TUNE IN AND ALSO VIEW THE SERVICE ON THE FACEBOOK PAGE SUBSEQUENTLY. Copy and paste the link below to your browser.
https://www.facebook.com/St-Georges-Episcopal-Church-136554366406020

Guild of the Christ Child

The Guild of the Christ Child aims to foster the Christian development of the children of the church from baptism throughout the church school years and beyond.

An organization which is dedicated to bringing women together and to serve God by providing service to others. They provide a safe place where every woman is free to become the person Christ created her to be.

The Brotherhood focuses on its disciplines of Prayer Study and Service. They are involved in Scouting, Mentoring, and many service projects at the church and in the community.

The Altar Guild, divided into teams, works closely with the Clergy to observe the liturgical seasons. This ministry assures that the worship and prayerful sacramental elements are present for both the clergy and the congregation. The Altar Guild also ensures the visitation boxes are prepared and ready for Clergy and Lay Eucharistic ministers.

The purpose of the Boy Scouts of America--incorporated on February 8, 1910, and chartered by Congress in 1916--is to provide an educational program for boys and young adults to build character, to train in the responsibilities of participating citizenship, and to develop personal fitness.

Girl Scouts is preparing every girl for a lifetime of leadership—from taking a night-time hike under the stars to accepting a mission on the International Space Station; from lobbying the city council with her troop to holding a seat in Congress; from running her own business.

Acolytes are active participants in our worship services. Becoming an acolyte is a great way to get involved and to learn more about Episcopal worship. While dedication is a requirement, a sense of discipline must be maintained as well. Acolytes can be any interested person. Schedules are posted and emailed. You may contact the Clergy if you are interested in becoming an acolyte. Periodic mandatory training sessions are required.

Our Ushers ensure that all who come to St. George’s feel welcomed. These men and women volunteer to be at the front door before the 8:00 a.m. and 10:15 a.m. services to ensure each person entering receives a welcoming smile and a bulletin. They encourage first time visitors to sign our guest book so we may reach out to them.

Our food pantry was opened in 2007 when one of our church members saw need in our community. The Pantry serves the Hempstead Community at large, and all are welcome. Since its inception, over 1000 people have been recipients of food and other donations. Serving both individuals and families, we currently make distributions to about 230 people twice a month.

Enjoy our picture gallery of parish activities and fellowship events.
Click here for the full gallery 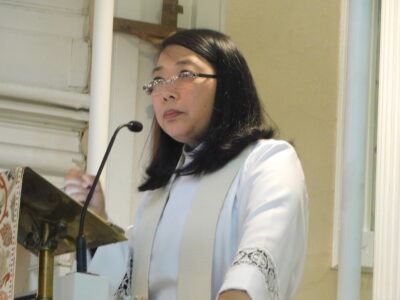 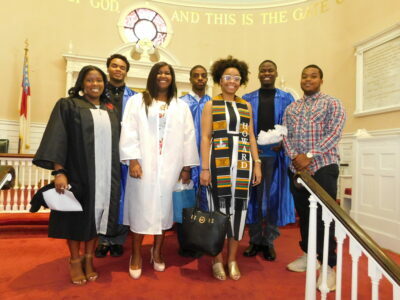 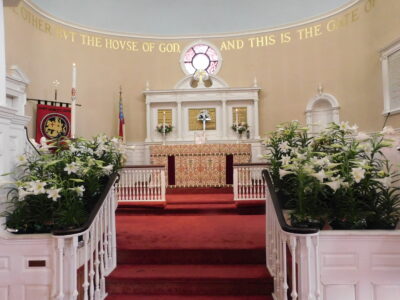 Members of the Vestry
Wardens:
Paulette Lalljee and Reine Bethany 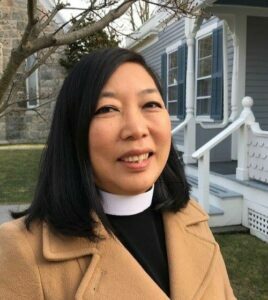 The Rev. Ajung Sojwal began her ministry at St. George’s in Hempstead as of March 1, 2019. Her installation was conducted on Saturday, September 28, 2019, at St. George’s, by the Right Rev. Lawrence C. Provenzano, Bishop of Long Island. Her multicultural background includes ministry in both India and the United States. She and her husband, the Rev. Milind Sojwal, live in the historic rectory of St. George’s, and have two grown daughters. 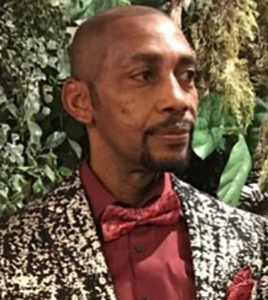 Mr. Vernol Cox was born in the beautiful island of Barbados. It was in Barbados where he trained and was certified to work in his areas of expertise. His areas of expertise include: tiling, electrical installation, painting, plumbing and fencing. Apart from his profession, he enjoys cricket, bowling and spending time with family. He believes that we are called to love God with all our heart and to love one another as Christ has loved us. 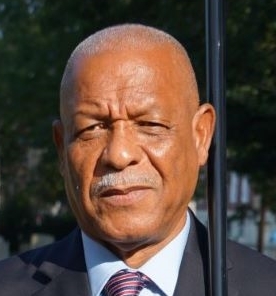 Mr. Bill Johnson has attended St. George's for more than four decades. He has served St. George's in multiple capacities, including senior warden, and has been on the Buildings and Grounds Committee for many years. His duties are to assess the needs of historic St. George's Church, its attached Education Hall, the 1793 rectory, and the 1905 Parish Hall, and oversee repairs and updates.

New addition to our history as of May 2022: Amy Vacchio, director of Town of Hempstead Rock Hall Museum, and Matthew Longo, Rock Hall Museum staff member, have undertaken to map and list the names in the St. George's cemetery. We thank them for this incredible service.

Our Parish is among Long Island’s earliest Episcopal (originally Anglican) congregations. We consider our founding date 1702, when England’s Society for the Propagation of the Gospel responded to Hempstead inhabitants who were seeking the services of the established Church of England by designating Hempstead a mission site for an Anglican parish. Reverend William Vesey and Reverend George Keith preached at St. George’s whenever possible until the first permanent rector, Reverend John Thomas, arrived in 1704. Since then, the succession of St. George’s has been unbroken. Reverend Thomas was responsible for the beginning of public education in Hempstead because he convinced the Hempstead citizens to create and maintain a fund for hiring a regular schoolteacher.

In 1706, Queen Anne of England provided the new congregation with a silver plate and a Book of Common Prayer. In 1734 the rector and congregation members were granted a charter of incorporation by the Province of New York, transferring what had been the property of the town to this corporation “absolutely and forever.” In 1735, King George II granted a Royal Charter to the parish. The bylaws of the Royal Charter govern the congregation’s corporate life to this day.

The 1648 meeting house was replaced in 1683, and again in 1735, at which time St. George’s famous rooster-shaped weather vane was mounted on its steeple. Fire destroyed the 1735 building in 1820, but the weather vane survived, and was affixed to the present church building, completed in 1822. The interior columns that still support the lofty sanctuary ceiling were hewn from oak trees dragged across the Hempstead Plains by teams of horses. The 1822 structure was extended in 1856 and remodeled in 1893 and 1906. Several of its many stained-glass windows were designed by Tiffany & Co. In 1854 the tower clock was purchased from Sherry and Brypan of Sag Harbor (four years before London installed Big Ben on the Palace of Westminster). St. George’s is listed in the National Register of Historic Places, along with its rectory, which has stood since 1793.

During the American Revolution, Hempstead inhabitants remained loyal to King George III. St. George’s became a headquarters as well as a place to worship for British soldiers, who occupied Hempstead for most of the Revolutionary War. Local folklore has it that the rooster weather vane was used for target practice by Hessian mercenaries, leaving it with sixteen bullet marks.

Our historic church represents stability, continuity, and insights conferred by our rich past. May we together share the blessings of life and love that God continues to reveal among us.

The Rev. Ajung Sojwal immigrated to the USA from India in 1994. She comes from the State of Nagaland in the North Eastern part of India. Ajung is married to Rev. Milind Sojwal and they have two daughters. Since her ordination in 2006, Ajung has served as priest-in-charge as well as interim priest in the Diocese of New York and the Episcopal Church in Connecticut. She is passionate about seeking, discovering and being more open to the unfolding of God’s peaceable Kingdom on Earth. She is particularly interested in understanding what radical hospitality means for the Church today. She enjoys meeting new people, opening her home for fellowship and home cooked dinners, traveling, hiking, reading, writing, and being in conversation with people from diverse backgrounds about things that matter in relationships and community.

We look forward to deepening our relations with our fellow churches and the community at large. Hempstead’s demographics have been steadily changing and we have great strides to make in serving our new neighbors. We have a solid foundation in our Food Pantry and Scouting ministries, but we are determined to take our mission to the next level. We are strengthening our financial position for operating and capital projects. We would like to get back to weekly Bible study and prayer meetings ...read more 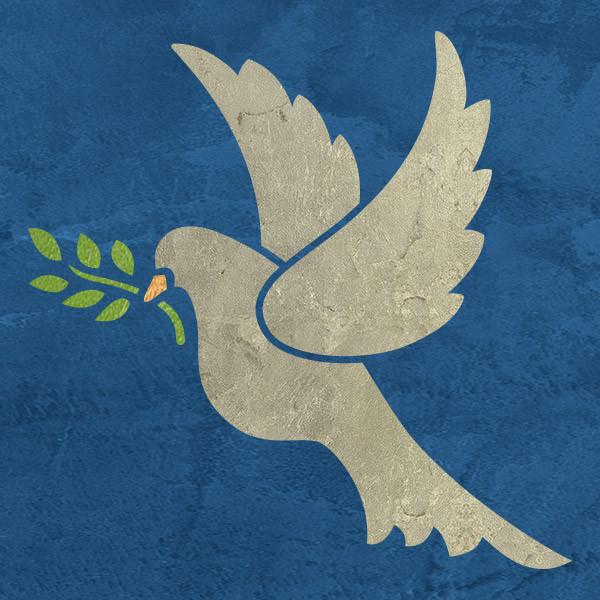 For Our New Rector
People call St. George’s “the downtown church” because it graces Hempstead’s business district, which is dotted with elegant historic structures that are still in use. Our stately 1822 sanctuary is the village’s oldest church building; its grand rectory, one block south, dates to 1793. Across Front Street from St. George’s stands the Town of Hempstead’s 1918 Town Hall. Rising two blocks east is the spire of the 1855 United Methodist Church building; several other churches dating back 80 to 100 years are ...read more 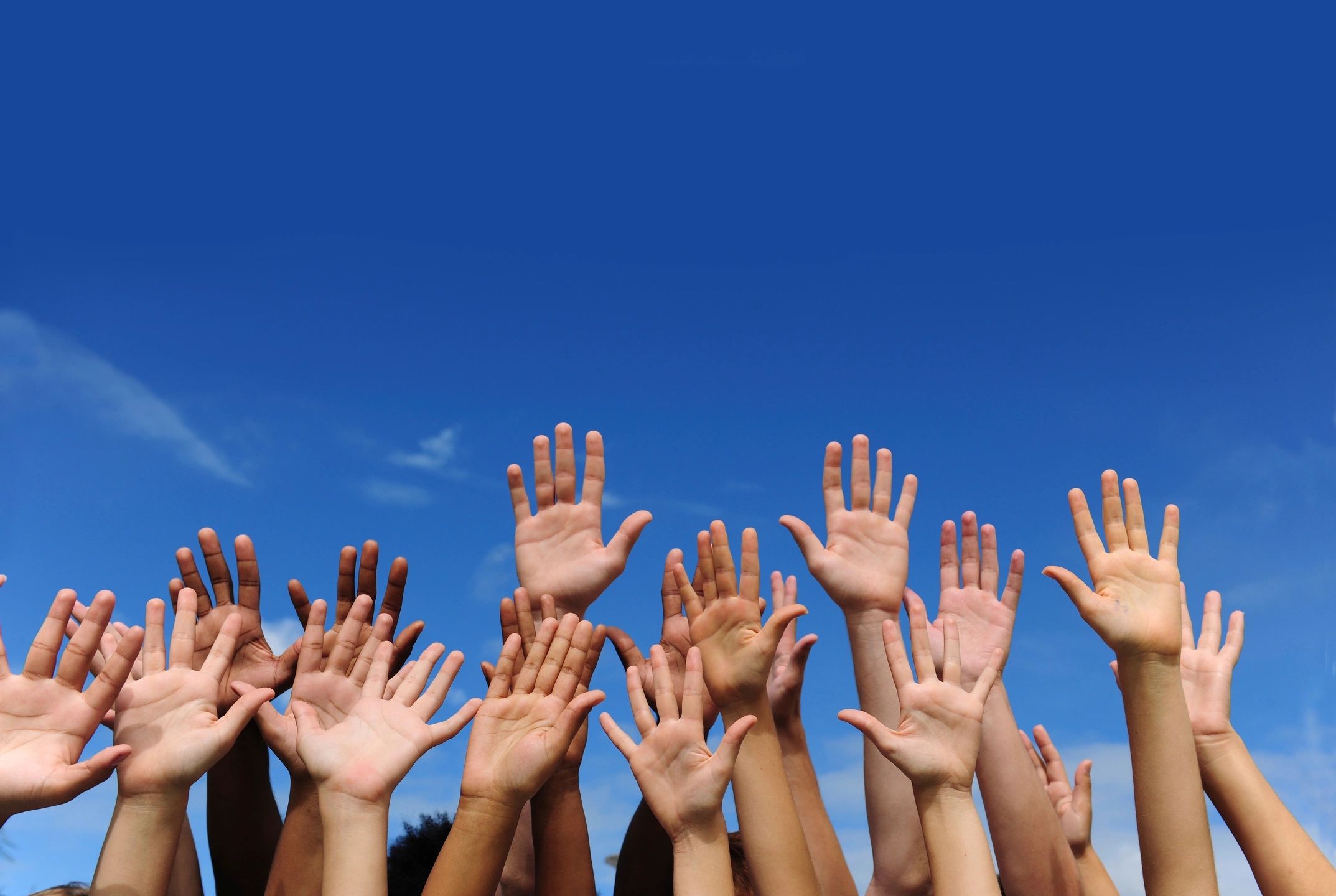 At St. George's
Music is a valued part of our worship at St. George's Church. It has been a source of inspiration and solace over many generations. It supports the various aspects of the service. Our music selection makes use of all areas of church music from Gregorian chant to some best examples of modern hymnody. The hymns reflect the church calendar and are drawn from the 1982 Hymnal, Lift Every Voice and Sing, Wonder Love and Praise, and occasionally other sources. The organ in St George’s Church ...read more 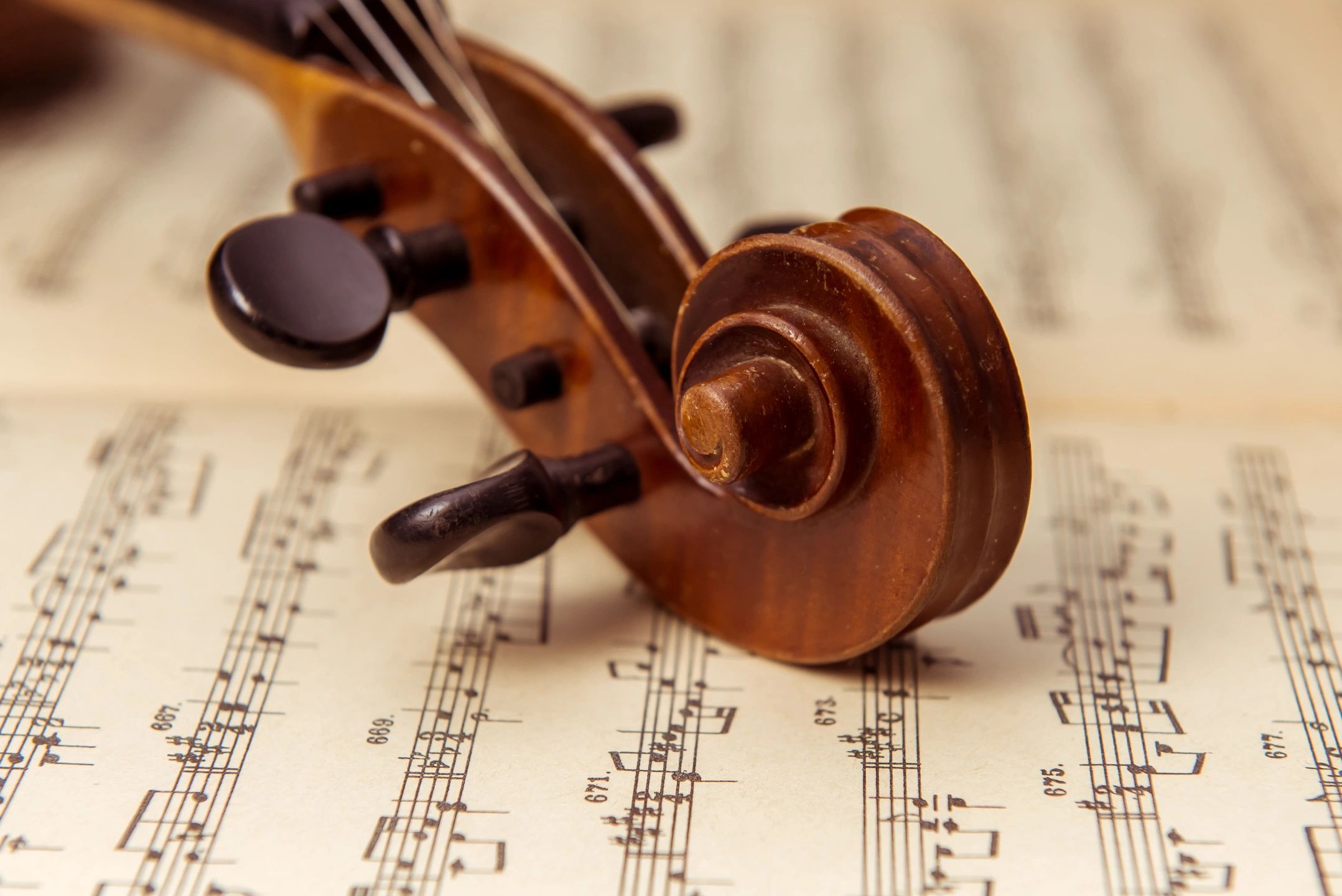 For any questions or inquiries, please fill out the form below.

The Episcopal Diocese of Long Island